On October 31st, 2016, I attended the United Nation Symposium on “Sharing Experiences on GBV and HIV Programming in Jamaica”. It is a series of two days; unfortunately I was only able to get out of work for one day but it has been one of the highlights of my trip so far because I support the sharing of knowledge tremendously in forums such as this. 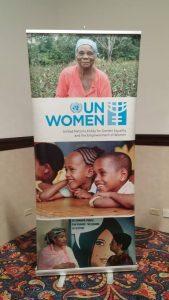 The Symposium’s goal is to support the sharing of knowledge and experiences on methodologies related to HIV prevention, treatment, care and support which address the intersectionality between HIV and gender-based vulnerabilities and discrimination, primarily gender-based violence.  The objectives behind this was to share the details of partners work programmes to show what was learned and develop key strategies for moving forward.

Most representatives that attended knew each other in some type of capacity but it wasn’t to say they all worked together and that was the purpose of the symposium: to create a movement, to create a national strategy and prevent overlaying of programs.  These organizations, CBOS and CSOS all have good intentions but when everyone is trying to save the world, the overlap of agendas are found. Is it better to continue expanding their mission statement or simply work to improve it on a different scale? Efficiency is needed with a united voice to tackle on these issues.

First off- “Gender-based violence (GBV) is the general term used to capture violence that occurs as a result of the normative role expectations associated with each gender, along with the unequal power relationships between the two genders, within the context of a specific society.” (Bloom 2008, p14).  Its link towards HIV is complex and we understand it in the instances of sexual violence, in particular sexual assault such as HIV transmission due to rape or lack of condom usage. I was reading Samara’s blog post back in 2013, she was an ICAD intern in Antigua and Barbuda (http://www.icad-cisd.com/index.php?option=com_content&view=article&id=603&Itemid=301&lang=en). What surprises me is much of what she wrote three years ago, was the similar issues that were still faced in Jamaica today. Has anything changed? Will anything ever change?

The symposium consisted of inspiring talks and presentations from grassroots organizations and governmental bodies. The most resonating presentation to me was from the University of the West Indies (UWI), Mona. As an alumnus from the University of Western Ontario (UWO), I realized how fortunate my safety had been during my undergraduate years. Although there were still reports of GBV at UWO, UWI was much far behind in getting their act and stance together.

The stories about GBV incidents were endless and were not stopping. Two weeks ago, a young female had an altercation with a male in a hallway was beat up. The staff did not hear about it until a friend of the victim shared the story over WhatsAPP and her photo went viral. UWI students felt the need to protest about this situation but were told to shut down by the school administrators. UWI administrators deny its knowledge of wide-scale cases of GBV and state that matters are investigated with disciplinary actions. However; most would tell you- it is not an issue given high priority. They felt that UWI administrators only responded when it impacted their reputation. It is crazy for me to see and hear that the school administrators are not willing to take action. Shouldn’t a response be given when even one person’s life is in danger? How many lives will be affected before action is taken?

I hope that UWI will become a safe place for students because for me, university was the best part of my young adult life. I call on UWI school administrators to follow the social campaign from UWO called “See Something, Do Something” (See YouTube Video: https://www.youtube.com/watch?v=epznxZp-Jcg). This video is one of the reasons that I felt my school heard my voice, and wanted to protect my safety. Although there is no way to predict what will happen next for UWI, I have a feeling that the new generation of students is determined for a call of action. I will be watching the news in hopes to hear change.

That being said, I hope to also hear change occur in Jamaica as a whole, and the Caribbean Region. The other presentations all stated similar challenges on how to use the data collected to create more statistical research about unaddressed GBV issues, how to create a larger national/regional solidarity and understanding concerning GBV and how to ensure successful implementation of policies. The second day of the symposium will provide the space for the representatives to talk it out with each other and I am excited to see what will happen next. It is prominent that the issues from the 80’s are still a challenge in 2016. Awareness and understanding must rise at every level of society to conduct and stimulate change. 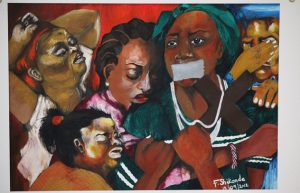 Bloom, Shelah (2008), Violence against Women and Girls: A Compendium of Monitoring and Evaluation Indicators.