Hello again! It’s been about a month since my last post and I’ve now been in Belize for seven weeks. Independence celebrations concluded in September and work at BFLA has been keeping me busy. I’ve also managed to do some more travelling during my weekends. 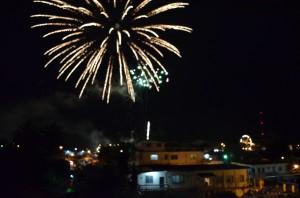 One of my first tasks was to manage part of BFLA’s social media presence. BFLA currently does not have it’s own web page, though there is information about the organization on the International Planned Parenthood Federation’s (IPPF) website. IPPF works with locally managed member groups like BFLA “to provide technical assistance and support in the areas of program planning, sustainability, monitoring and evaluation, governance, and fundraising.” IPPF-Western Hemisphere Region works throughout the Americas and the Caribbean (IPPF has been posting a series of blogs about BFLA and Belize recently; I highly recommend checking them out).

While BFLA works to set up its own web page, I’ve set up a Twitter account to promote the organization and its youth arm – the Youth Advocacy Movement (YAM). If you’re interested in keeping up to date on BFLA’s work in Belize, or if you’re just generally interested in sexual and reproductive health issues, you can follow the organization @BFLA_bz. I will be managing the account while I’m here and my personal Twitter can be found here.

I was also tasked with coming up with a design/layout for BFLA’s web page, which will be seen online as a page on IPPF’s website. Eventually, the organization will have its own website, but for now BFLA is expanding its presence on IPPF’s. I submitted my proposal, which consists of two different pages – one focusing on BFLA and the other on the different YAM branches. The main purpose of the project was to have as much information as possible on BFLA – description, services, locations, contact information, YAM meeting times, history, etc. – in one place online. Currently, most of this information can only be communicated in person, through marketing materials like pamphlets, or the various social media pages. 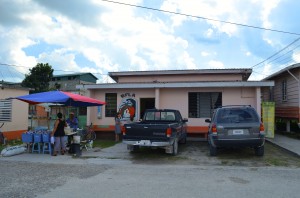 BFLA’s Orange Walk Town office, which I visited to take photos for the new web page

I’ve been able to participate in some interesting community outreach activities in the last couple weeks as well. Along with my co-worker Maki, an intern with the Japan International Cooperation Agency (JICA), and some YAM members, I attended a local health fair in Belize City where we organized a table for BFLA. People came by to inquire about our services and the youth group, and they also participated in SRH-related games we had prepared. 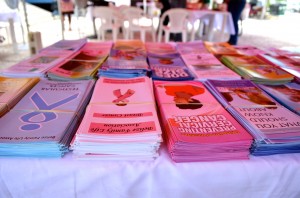 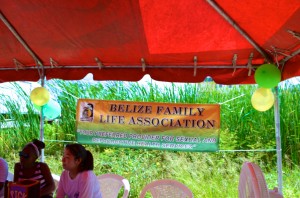 BFLA’s section at the health fair

Most recently, I was able to view the production of BIGG Chatz, the radio and television show I mentioned in my last post. The season premiere was this past Saturday, October the 19th, and the show will be aired live every Saturday for eight weeks (in addition to pre-recorded segments). The first episode covered the topic of Older Boyfriend/Healthy Relationships and there were many people texting in questions during the discussion. Each episode includes a discussion of that week’s topic with a special guest who is interviewed by YAM members. This episode’s guest was Sandra Diaz Cadle, who is a counselor at E.P. York High School here in Belize City. Upcoming topics include teen pregnancy, HIV, and safer sex options for teens. I took some photos and videos during the production of the show, which I’ll be posting on some of the social media pages, as well as using for a behind-the-scenes segment I’ve been tasked with creating. 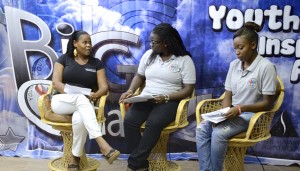 Before the premiere of BIGG Chatz I filmed a commercial for a local sponsor of the show – Tony’s Barbeque. BFLA’s Youth Officer, Ms. Anna, and I visited the sponsor during working hours to take some pictures and videos for a 30-45 second commercial I would later put together. I had a YAM member record the audio based on a script I wrote and we had a good laugh during the recording as Ms. Anna wanted it to be a very fervent voiceover. It will be aired by Love TV during BIGG Chatz (if it ever gets posted online I will post the link). Additionally, I contributed to the “Drug Tips” segment of the show, creating a list of ten different facts about smoking and sexual health, based on research on the subject. Each tip translated to a 15-20 second audio clip for this segment.

I’ve also set up a YouTube channel for BFLA and I’m currently in the process of posting the previous five seasons of Bigg Chatz online, but it’s going to take a while as all the videos need to be uploaded from DVDs. There is an old episode featured on IPPF’s YouTube page, which you can check out here if you’re interested.

There are several other day-to-day activities I could get into, like Peer Education Training at local schools, but this post is already getting too long! I will say I’m looking forward to some upcoming creative projects, including a documentary on BFLA/YAM, and I may be creating an additional video for ICAD on the topic of World AIDS Day here in Belize.

Since my last post, I’ve also done some more travelling outside of Belize City. I spent the long weekend in Placencia – a small town a few hours south of the city, in the Stann Creek District. We stayed in Placencia Village and spent most of the weekend relaxing on the beach. Next up, I’m looking to explore some of the Mayan ruins in Belize! 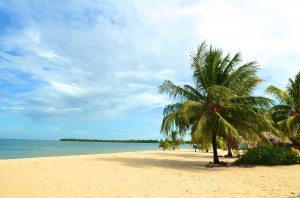 I’ll try to provide my next update sooner so that I don’t drag on for so long!