Beyond the ‘ABC’s of HIV: The Need to Address HIV as a Development Issue

‘Getting to Zero’—zero new HIV infections, zero discrimination, and zero AIDS-related deaths—is this year’s World AIDS Day theme in support of the UNAIDS strategy for 2011-2015. Yet, today, the road to ‘zero’ for many young people living in developing countries remains obstructed. Many people are not yet able to conceive of a world with zero new infections, discrimination, and AIDS-related deaths because of the systemic issues of poverty that find expression in HIV. 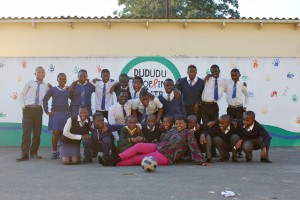 In the rural community of Dududu in South Africa, where we are interning with CIDA for a period of six months, HIV awareness campaigns are widespread and information on HIV prevention and condoms are easily accessible. If you take a walk down the packed dirt road that splits the community into two and engage most passersby in conversation, you will learn that abstinence, being faithful, and using condoms as HIV prevention measures are common knowledge. If people know about the ‘ABC’s of HIV, why is HIV in this community, like so many other poverty-stricken communities around the world, still a pervasive issue? 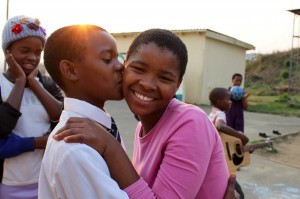 Intuitively, we assumed that living in a place where HIV is so prevalent and AIDS has claimed so many lives, people would be acutely aware of the dangers of unprotected sex and would take measures to protect themselves. Yet, this is not the case. Much academic literature has explored sexual behaviour change in light of HIV. Some have presented a compelling argument that young people in rural KwaZulu-Natal, South Africa see contracting HIV as an almost inevitable part of growing up in poverty. With little to no opportunity for personal betterment or socioeconomic advancement, youth are disinclined to safeguard their health, and are adopting a mindset in which they do not consider the consequences of high-risk behaviour. This information is supported by the lived experiences of youth in Dududu who forsake the use of condoms because it ‘makes sex less enjoyable’ or they choose to believe the problematic rumor that ‘the government distributed condoms cause STIs’. The disinclination for men to wear condoms is even more problematic in a context where women’s voices are often not taken into account in sexual decision-making. 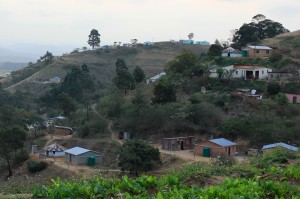 Four months in Dududu has forced us to reconsider the ways in which we think about the relationship between HIV and poverty. HIV is a development issue not simply because of its detrimental impact on economic productivity and the health status of a community, but because low levels of socioeconomic development are actually creating a context in which HIV continues to be spread. When youth, the cohort in which most new infections are occurring, feel worthless or when they perceive their future prospects as exceedingly bleak, they are more inclined to partake in high-risk behaviour. In the words of one of our partners at the AIDS Foundation of South Africa, “When young people value themselves, they will stop putting themselves at risk”. It is sentiments like these that reinforce the fact that HIV cannot be thought of as an issue that is separate from social development; rather, its continued prevalence is a symptom of a much larger, systemic problem.

This World AIDS Day we will acknowledge the fact that combating HIV in communities like Dududu will not come through awareness campaigns alone. Interventions that work to address HIV need to adopt holistic poverty alleviation and empowerment strategies. Creating conditions in which youth value themselves and their health, and are empowered to contribute positively to the development of their communities is crucial in order for the world to ‘get to zero.’

Latest posts by kate (see all)